Sex scandal in a school in Rome: love affair between headmistress and student 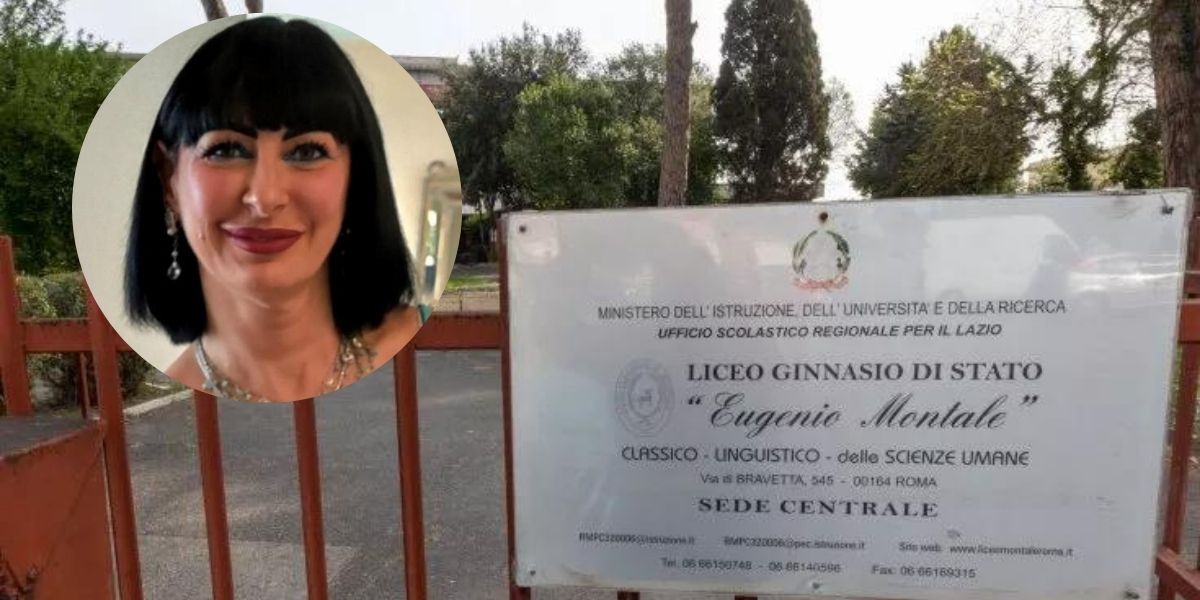 Scandal at the Montale high school in Rome (Italy), or allegedly so. Yes, because for the moment these are only rumours. The headmistress of the Montale high school is alleged to have had an love affair with a student (a major). Dr Sabrina Quaresima rejects these infamous accusations. Whether the rumours are true or not, the damage has already been done.

Headmistress Sabrina Quaresima’s reputation is in tatters and some people are probably also sniggering at the mud that has been thrown at her.

The headmistress has made a few enemies since she took up her post at the capital’s high school, and she herself named the names, or rather the roles she has held, in an interview with Corriere della Sera. But let us go in order.

Last December, there was the occupation of the school by the students, an essential tradition of the pre-Christmas period, even with the pandemic and months of DAD. But that’s another story… no!

In fact, in this story, the occupation is relevant because it would have been an opportunity for the headmistress to be in close contact with the 19-year-old student who was the school’s substitute representative.

During that period, the two often saw each other to discuss the ongoing occupation. On one occasion, the student accompanied the woman by car to the Monteverde police station to make a complaint.

Then, one fine day, some allusive writing appeared on the walls of the institute, probably due to rumours spread by someone. According to rumours, the relationship between the headmaster and the student lasted a month.

The question is: who spread these rumours? The student representative? To this precise question, the headmistress says she cannot know for sure, although she does not rule it out.

What is certain, however, is that someone wanted to give as much prominence as possible to the alleged scandal. We have said that the headmistress of the Montale high school may have made some enemies.

She was not convinced by the system put in place by her former colleagues. In view of this, an employee who is currently on sick leave has also been removed.

For the headmistress, the heavy restructuring of the school’s management system may have got her into trouble and prompted someone to take revenge.

Serious accusations, of course, need to be proved. In the meantime, however, the matter has ended up on the table of the regional school office. On Thursday the headmistress will meet an inspector with whom she hopes to finally shed light on the matter.

There are no minors involved in this story, but if the allegations are true they could cost Sabrina Quaresima, who is in her probationary year as headmistress, very dearly.

The audio message between headmistress Sabrina Quaresima and the Student

The alleged relationship between the headmistress and A.S. was born and practically died in December, in the space of a month or so. Another important detail is that the student representative was of age at the time of the events.

This obviously does not prevent the woman from being sanctioned. However, this is not a criminal offence. We propose an extract of the content of the audio messages between Sabrina Quaresima and the student:

A.S. – I didn’t want to avoid you, here I am to talk. I thought about it carefully, I met a girl.

S.Q. – There, I imagined there might be something like that underneath… but did you meet her before?

A.S. – I’ve known her for a while, let’s say I met her again. I thought that being with her and seeing you would not be respectful. Both to you and to her. So I preferred to cut it off, thinking that it couldn’t go on anyway. I really like her. And then you also gave me that toy boy speech, you said you didn’t want to have one next to you. Well, I prefer to avoid unpleasant situations, I perceived things… not that you were really in love with me… but that you were already emotionally advanced.

S.Q. – But I just threw the boy toy thing out there, I could see how it could be misleading…. I admit, it was my mistake to say that. And anyway, I imagined there was something underneath it like a girl, I fully realise.

What risks for the headmistress of the Montale high school in Rome?

As we have said, the relationship between the headmistress Sabrina Quaresima and the student, if established, would not constitute a criminal offence. They are two adult and consenting persons.

However, the affair will inevitably have professional consequences for the five-year-old. The woman is in her probationary year, so if things go wrong, it seems obvious that she will not be reappointed.

Apart from that, the headmistress risks a fine of up to 500 euros and six months suspension. The suspension could be up to six months. All this without counting the possible repercussions on the woman’s private life.