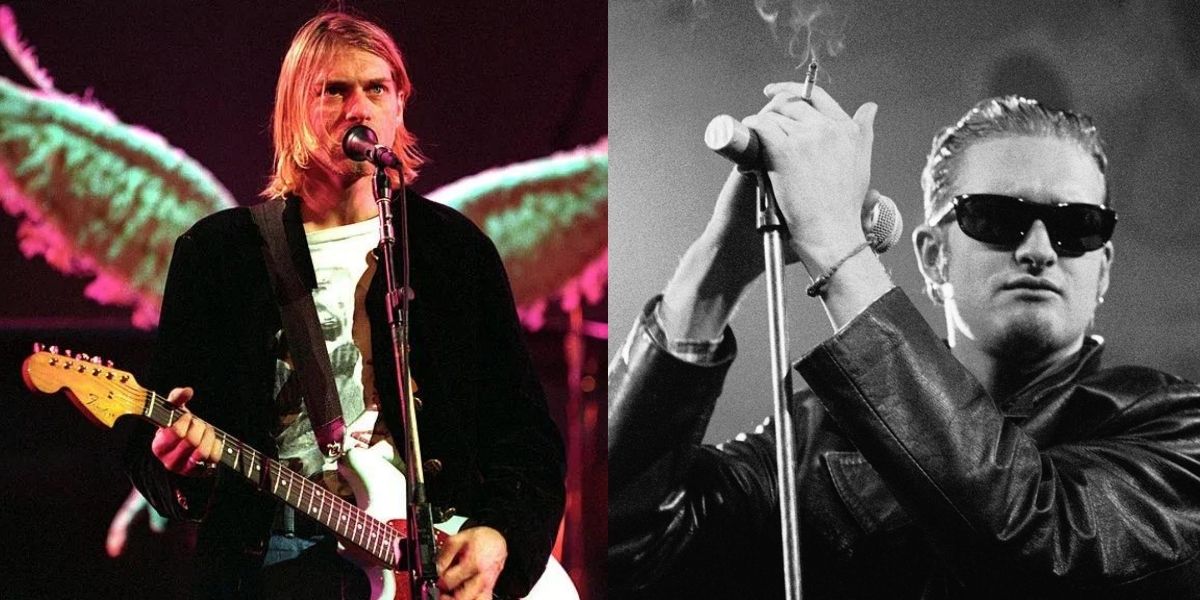 5 April is the cursed day of grunge. Kurt Cobain of Nirvana and Layne Stanley of Alice In Chains died on that day, at different times. Two young men, two singers with troubled lives, with drugs as their only escape route from everything and everyone, including success. Both were born in Seattle, for many the cradle of grunge, just a few months apart. Kurt Cobain cried for the first time on 20 February 1967, in Aberdeen, while Layne Staley was born on 22 August of the same year in Kirkland. The two cities are about 180 km or so apart.

So many similarities between these two boys. Adolescence was difficult for both of them, with problems with school, and problems with their families. Two rebels wrote poetry to express their pain. Words were thrown onto crumpled pieces of paper.

Kurt Cobain and Layne Staley didn’t know each other at the time, yet they were so close, so similar… in many ways. Both, however, grew up with different musical influences, as did the music of Nirvana and Alice In Chains, although lazily and conventionally, both bands are categorised as Grunge, as was the case with all rock bands from the Seattle area in the 90s.

Kurt Cobain the punk and Layne Staley the metalhead

Layne Staley preferred metal and hard rock bands such as Anthrax, Judas Priest, Black Sabbath and Van Halen. Eddie van Halen, a guitar hero, is about as far away from grunge as you can get.

The farewell letter and death in solitude

Bloody 5th of April. On that day, the frontmen of Nirvana and Alice In Chains died. Kurt Cobain and Layne Staley died in complete solitude.

For the singer of Nirvana, it was a conscious choice, a gesture that had been considered for some time. For the voice of Alice In Chains, perhaps it was an unconscious choice. Who knows.

The suicide letter of Kurt Cobain, who was found dead at home on 8 April 1994, is addressed to Boddah, an imaginary friend. In the suicide letter, there is a phrase that has become symbolic and was quoted by his wife Courtney Love during the wake:

It’s better to burn out than to fade away

The phrase is taken from the song Hey Hey, My My by Neil Young. Kurt Cobain killed himself with a shotgun blast to the face. His body was discovered three days later. The death was probably on the afternoon of 5 April 1994.

Years passed, eight to be exact. Drugs literally consumed Layne Staley who had lost the love of his life, Demri Lara Parrott. The woman died of a drug overdose in 1996.

From then on, Layne Staley was rarely seen on the road. He spent most of his time under the influence of heroin. This continued until 5 April 2002, when he was killed by a speedball overdose. His body was discovered on April 19.

Sex scandal in a school in Rome: love affair between headmistress and student