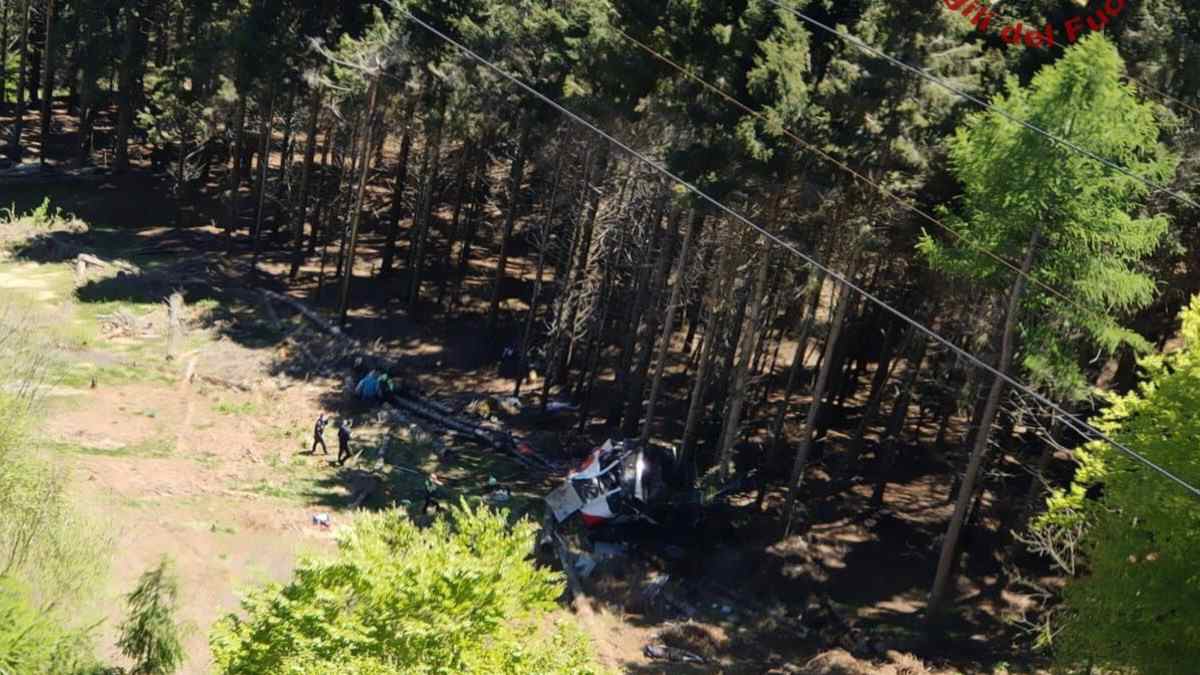 (Verbania, Italy) Tragedy at the Stresa – Mottarone Cableway. A cabin fell into the void at the height of the last pylon, near Lake Maggiore. This is one of the highest points of the Stresa – Mottarone cableway. The tragedy occurred around 1 p.m. There were 11 people aboard the cabin. This is an unconfirmed number. The number of confirmed dead are 14. Two children were rescued and their condition was very serious when they were taken to hospital (Update – one of the two children has died, he was 9 years old). The children were taken to the Regina Margherita Hospital in Turin. The rescue operations were complicated by the dense vegetation. The cabin of the funicular fell into a wooded area, 300 metres from the arrival point.

Stresa – Mottarone Cableway: the causes of the accident

The causes of the accident that caused the funicular cabin to fall are still to be determined. From an initial reconstruction, it seems that a cable gave way. However, it is not clear why this happened. The funicular was reopened on 24 April. It is plausible to assume that all the necessary checks on the operation of the installation were carried out before it was put back into service. It is to be hoped, at least. It will now be up to the judiciary to determine any responsibilities and shortcomings behind the tragedy on the cableway.