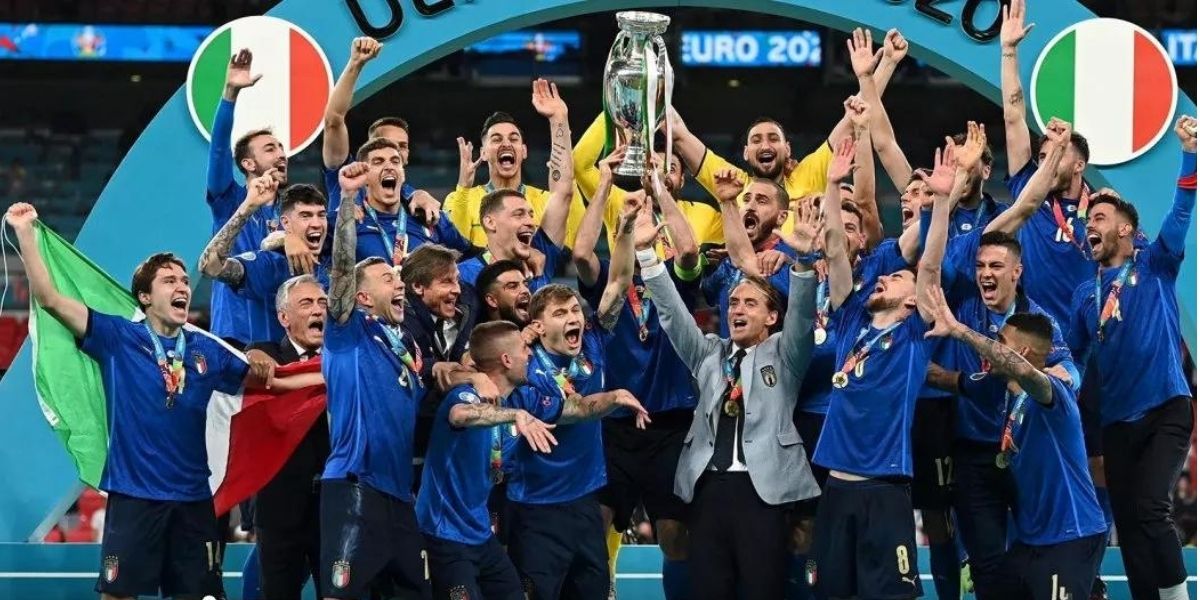 Italy – England ended as all the Italians hoped. The victory on penalties did justice to what was seen on the field. The Azzurri played better than the Brits and won the 2020 European Championship with merit, even if with a year’s delay due to Covid. Although euphoric for the deserved triumph of Roberto Mancini‘s boys, there is one detail that can not go unnoticed: the reaction of the English. Gareth Southgate‘s players, or rather, most of them, showed an unprecedented lack of education and sportsmanship.

The disappointment is understandable, but to parade with contempt the medal just received around their necks is an intolerable gesture for those who believe in the values of sport. Many of these footballers reminded us of spoilt children, of bamboozlers who don’t react well when they don’t get what they want.

England’s footballers are not only cup-less but also without honour and education. For the rest, congratulations to Italy who won the 2020 European Championship with merit, playing a pleasant football, certainly the best compared to that of the other national teams who took part in the competition.

Without a doubt, at Wembley the foundations were laid for building something even more important. We feel we can say right now that Italy will not only participate in the next World Cup, but will do so as a protagonist.

The squad is young and can only improve. Of course, there are some unknowns about the central defenders, with Bonucci (36 years old) and especially Chiellini (38), who are on their way out. However, there are some interesting youngsters behind them who can pick up the baton.

But let’s not get ahead. Now let’s think about enjoying the victory of the 2020 European Championship; a success conquered with absolute merit, even if the penalty kicks decided Italy-England.