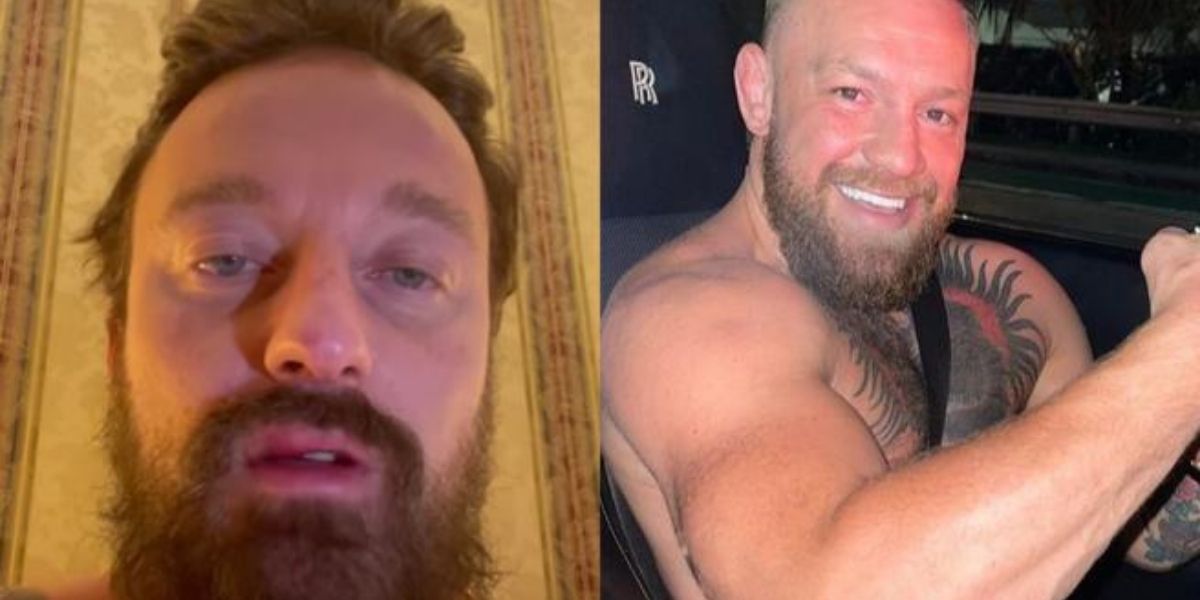 Conor McGregor has done it again, confirming once again that being a champion is not just about titles in the ring when you are up against people your size. The MMA athlete threw a punch at Francesco Facchinetti. It is right to hear both sides of the argument, but at the moment we only know that of the singer, TV anchor and artist manager. The aggression happened on Saturday evening, 16 October, at the St. Regis hotel in Rome.

Conor McGregor was in Rome to have his son baptised in the Vatican, a “privilege” that is reserved for few, but we are sure that Conor McGregor was able to give good reasons. McGregor’s arrival in Rome was an opportunity for the fighter to strut his stuff on the streets of the capital with cheering fans and onlookers, kept at bay by bodyguards, and also to meet Mourinho.

Francesco Facchinetti’s presence in Rome was much soberer. DJ Francesco was in the capital for professional reasons: there was the premiere of the film Time is Up starring two actors with whom he works: Benjamin Mascolo and Bella Thorne.

Bella Thorne was invited by Conor McGregor to attend a party at the St. Regis Hotel. The invitation was extended to her friends. Francesco Facchnetti, who is, or rather was, a Conor McGregor fan immediately accepted the invitation, happy to meet the ‘champion’.

Why did Conor McGregor attack Francesco Facchinetti? Nobody knows, not even the victim, who swears he didn’t say or do anything to upset the athlete. After all, who in their right mind would risk upsetting such a character?

These are the facts: DJ Francesco was talking quietly with the MMA fighter, the evening had passed pleasantly and they were discussing how to continue. The two men were no more than 30 centimetres apart and this was probably Francesco Facchinetti’s good fortune, as Conor McGregor did not have the space to charge his fist. Otherwise, it could have killed him.

Suddenly the MMA fighter landed the punch. A blow strong enough to make Francesco Facchinetti stagger. The bodyguards immediately intervened to calm Conor McGregor, who wanted to hit his victim again, as if he were in the octagon cage. Conor McGregor’s punch resulted in a wound to the lip. The prognosis is 16 days of healing.

After the aggression, the bodyguards suggested Francesco Facchinetti not to make the episode public. Better to forget about it.

In short, the classic preferential treatment for rich and famous bullies, who are used to never paying for the consequences of their actions.

For a moment, the victim of the attack even thought about not reporting it, but then realised that it would have been wrong.

It is his belief that Conor McGregor should be stopped because he is a dangerous man who has two weapons instead of hands. This story will continue in court.

This is not the first time the athlete has used his fists outside the Octagon. In 2019, in a Dublin pub, he punched an elderly person in the head just because he refused to drink his Proper Twelve, which was offered to all present.

Immediately afterwards, the fighter was pinned down by his bodyguards who were evidently paid to prevent him from killing anyone one day. This is just one of the many episodes that demonstrate the aggressiveness of the MMA fighter.