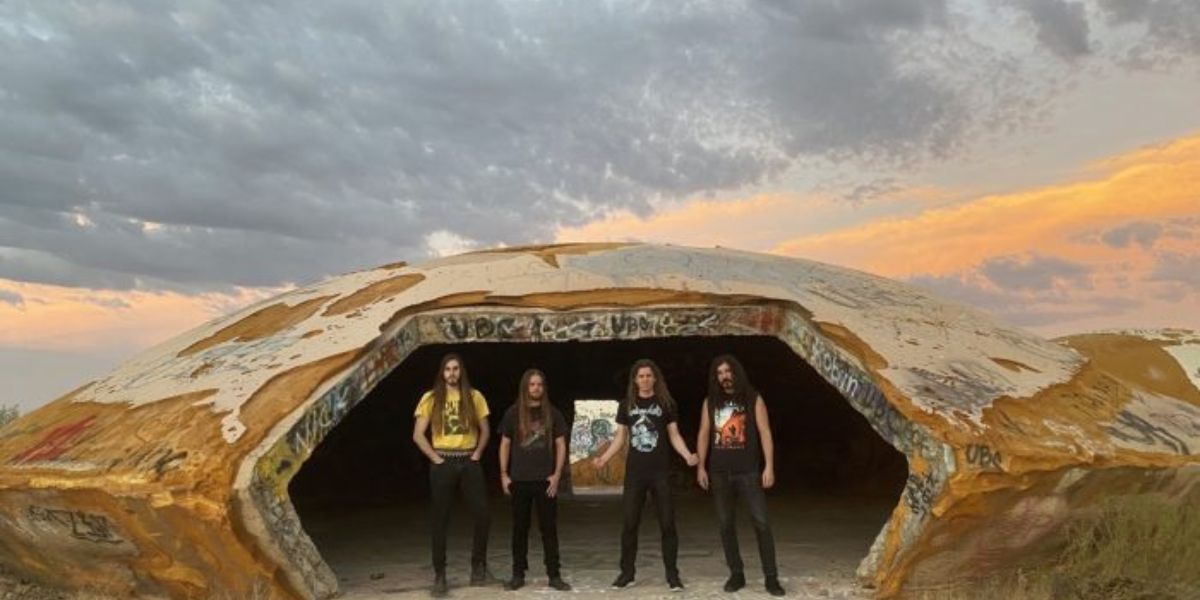 It is evident that such an announcement can only be the consequence of a serious fact. For now, all is silent from the American thrashers’ page. A post can be expected in the next few hours.

Why did Century Media terminate the contract with Vektor?

In the meantime, however, the mystery remains and the suppositions multiply. Fans are well acquainted with the affairs of David DiSanto and certain of his intemperances. Recall, for example, his arrest in 2013 in Memphis after throwing a beer in the face of a Christian zealot who was protesting against him. But these are venial sins.

Then there are the well-known problems with alcohol, which were probably also the reason for Erik Nelson, Frank Chin, and Blake Anderson’s farewell to the band. Much more serious was the affair in 2019 when the singer and guitarist of Vektor were accused by his wife Katie of domestic violence, charges that were rejected by David DiSanto (are there any new developments in this regard?).

In the meantime, the musician picked up the pieces, also of his band with the return of a duo with Erik Nelson. The reborn Vektor, with a contract with Century Media in hand, were working on their new album, their fourth in the studio.

At this point, we wonder if and when the successor to Terminal Redux, dated 2016, will ever see the light of day… and to say that the German label’s vice-president, Philipp Schulte, had 48 hours earlier expressed his enthusiasm for the collaboration with David DiSanto’s band.